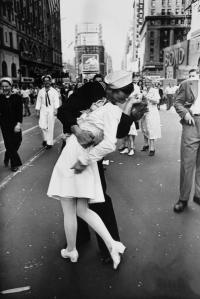 THIS IS NOT ME. HOW OLD DO YOU THINK I AM ANYWAY?

Because so many people ask me what’s behind the name of this blog (which gets old, let me tell you), here’s how it came about:

Back when I had only one grandchild, I attended a baby shower with my three daughters and four-year-old granddaughter, Maria, where we played a game consisting of “Have you ever…” questions. One of the questions was “Have you ever kissed a sailor?” I had to admit that I had in fact kissed a sailor in the days of my youth. We were driving home afterward when out of the silence in the back seat a small voice said, “Grandma kissed a sailor.” Which gives you an idea of what my life has been like since I became a grandmother.