Of Mice and Me

EVER ALERT AND ON THE LOOKOUT FOR CRITTERS

I need to find a handyman and soon. It’s fall in Minnesota and before you know it, it will be too cold for a handyman (or handyperson, I’m sensitive to these things) to patch the woodpecker holes on the north face of the house. It is my contention that the mice who maliciously entered my home last spring did so through one of three or four holes drilled there by woodpeckers. The invasion irked me no little bit, because when I remodeled a few years ago and replaced the siding, roof and windows (this was before the odious Great Recession), the #1 thing on my list for the remodelers was “No more critters.” They laughed at me then, but here we are, aren’t we?

I have a history with critters and it isn’t short. The worst mouse incidents included one that went through the wash with my unmentionables (it came out long and skinny from the spin cycle) and finding one dead in the Christmas creche right there with the Baby Jesus. I used to put down poison every spring and fall, which was supposed to make them go outside and die, except they didn’t. They died in the dehumidifier and old shoe boxes, and all I had for help was three daughters who would have danced naked in the street before they picked up a dead mouse.

So in lieu of mouse poison this time, I picked up some of those sticky pieces of cardboard that are like concrete shoes for mice. You fold them into a kind of tunnel, so you don’t have to look at the thing after it wears itself out and dies a horrible death, although I was pretty sure they would die half in and half out. That’s where my son-in-law Bret comes in. He grew up on a farm. Critters don’t phase him.

I put two cardboard traps in the basement, and a few days later Bret came over to check them for dead mice, except that when he got here the traps were gone. GONE. Gone, I say! What kind of demonic mice escape and take the traps with them? It unnerved me. I could picture half-dead mice staggering around the basement dragging their coffins behind them like some twisted rodent version of Night of the Living Dead. I couldn’t bring myself to wash clothes for a while, and when I did, I went down the steps stomping and pounding the walls (“I’m coming, Rasputin!”) Had to. I was down to one green and one brown sock. Then I went to Target and bought some cheap wooden mouse traps, the kind with the steel spring that means instant death and no escape, set them out with paper bags and furnace filters strategically placed so I wouldn’t have to see them, and waited for Bret to return.

Eventually we caught one mouse. The other (or others) obviously expired down there somewhere, which means one will turn up where I least expect it. I intended to clean the basement this summer, but you’d be surprised how long you can procrastinate on these things. And that’s why I need to find a handyperson, to patch the woodpecker holes before the mice start looking for their winter retreat.

Some day I’ll tell you about the garter snakes in the basement, the salamanders in the window wells, the bat in the kitchen, the toads in the dining room, the swifts in the chimney, the dead gophers in the dryer vent, and the woodchuck who came to my daughter’s baby shower. 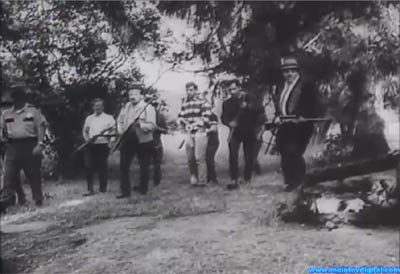 This entry was posted in Critters, Of Mice and Me and tagged boomers, humor, mice, mousetrap. Bookmark the permalink.

7 Responses to Of Mice and Me