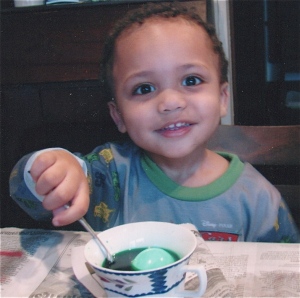 My grandson Christian turned 11 today. It seems like only yesterday he was a toddler throwing the butter dish out the kitchen door. Ah, good times.

I never had any sons or brothers, so my grandsons are a continuing source of wonder and amusement for me: “Look at that! Boys do that. They’re just so different, aren’t they?” And as Christian is the oldest, I tend to scrutinize his behavior, sort of like a marine biologist observing a fascinating new species of plankton.

I don’t know if he is representative of all 11-year-old boys, but I suspect he isn’t far off the mark. I know it isn’t cool to wear a superhero T-shirt when you’re 11. I know it’s possible to put a 1,000-pc. Lego set together in under a day – don’t ask me how, but it is. And I know black is the preferred color for backpacks. He likes to play baseball and basketball because he’s good at it. I hope he never wants to play football because then I’d have to pretend to be happy.

Our conversation at his birthday party yesterday went like this:

The butter dish episode is buried in the archives here somewhere. Long story short, while their parents were in the process of moving one day, I babysat 11-month-old Grace and little Christian, who had just turned two and was pretty much fed up with the whole relocation thing and basically just wanted his mother and got mad and threw the butter and the plastic butter dish out the kitchen door, although it landed right-side up, so no harm done. Come to think of it, that may have been the same year he broke my nose in a bizarre swing set incident. Oh, I don’t know, the good times all blend together after a while.

But mostly I want to say that he has grown into an amazingly kindhearted and thoughtful kid. He will let his two little boy cousins beat on him endlessly and never tell them to knock it off. He knows right from wrong and puts up with all sorts of adult craziness. He tolerates it when I kiss him (on the forehead). However, he stubbornly refuses to stop being allergic to half the food groups on the FDA pyramid. Maybe when he hits high school.

This entry was posted in Christian. Bookmark the permalink.